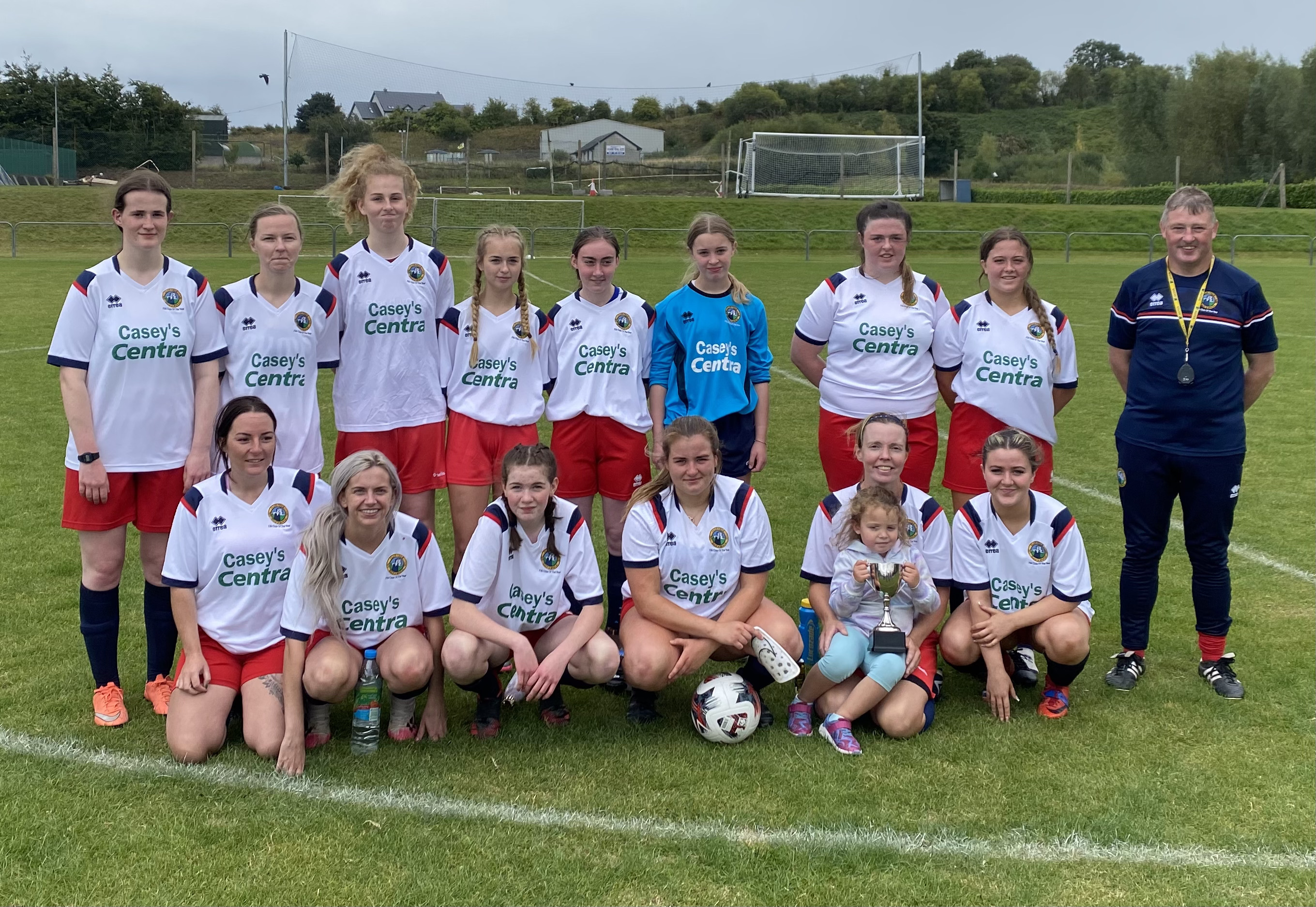 Ballymackey women traveled to Birr to take on Killeigh Ladies in the Combined Counties Tournament Final and took home the trophy with a 5-0 win. 3 goals in the last quarter put a gloss on a scoreline that doesn't reflect the competitiveness of the match. The first half started off as an end to end affair before Ballymackey started to get on top on the possession stakes and put pressure on the Killeigh goals. Ballymackey took the lead on 20 minutes. Kate Cavanaghs corner delivery somehow snuck in at the near post deceiving the Killeigh defence. Killeigh regrouped after going behind to dominate the final 15 minutes of the first half and had a couple of good chances of their own and Ballymackey were glad to get to the break in the lead. Ballymackey started the second half on the front foot taking the game to Killeigh and the lead was doubled when after a scramble in the box from a great Kate Cavanagh set play Lisa Toohey struck home Ballymackeys second. The next goal was going to be crucial, and on 25 minutes Ballymackey scored their goal of the game. It started with super defense of a Killeigh corner and a lightning counter attack. Lisa Toohey played a perfect weighted pass for Kate Cavanagh to burst on to and beat a Killeigh defender with her first touch. Kate swept in a ball from wide right that was met by Chloe Whyte thundering in at the back post to strike home. Killeigh now had to go for broke leaving space at the back with Ballymackey exploited twice for 2 individual goals, first Hazel Cawley cut in from the right beating 2 defenders before having the composure to round the Killeigh net minder and tap the ball home. Just before the final whistle Aoibhín Delaney rounded out the scoring slaloming through the centre of the Killeigh defence before curling home a lovely finish with the outside of her right foot. A performance to be proud of from the girls who played some lovely football at a high tempo. We had stand out displays all over the field with Hazel Cawley just about shading Niamh O Brien for the player of the match. Congratulations to the girls on a great win it was a super effort over the last month with 22 players playing their part over 4 matches getting to and winning a Final 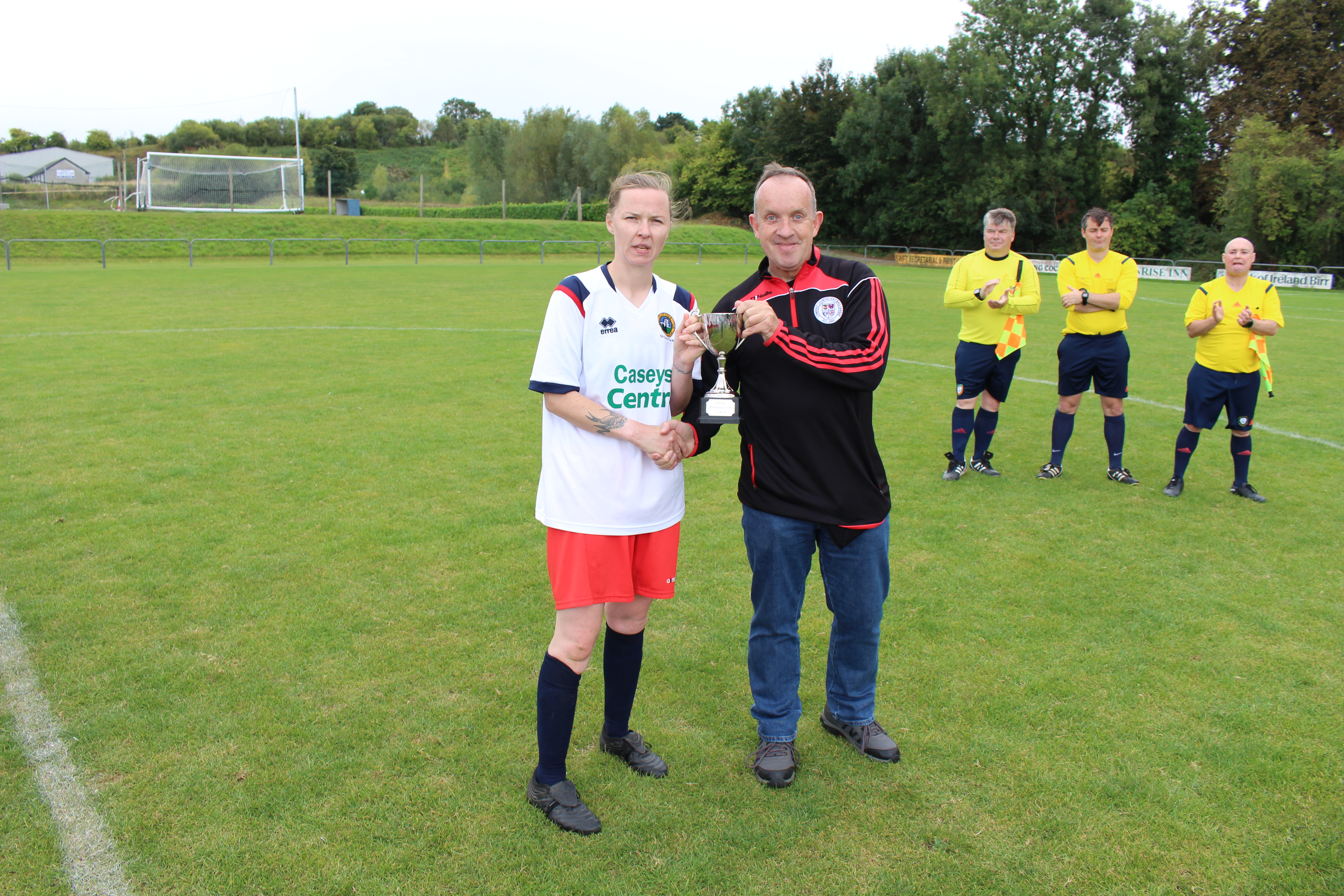 Ballymackey u13 girls made the trip to Lough Derg in the ...

U16 Girls through to last 16 of National Cup

Ballymackey U16 Girls are through to the last 16 of the N...

Ballymackey u8 girls had a very enjoyable blitz with Shin...

Ballymackey U13 Girls lost 6-0 at home to Knigh United to...

Ballymackey Women had a good home win in the Combined Cou...