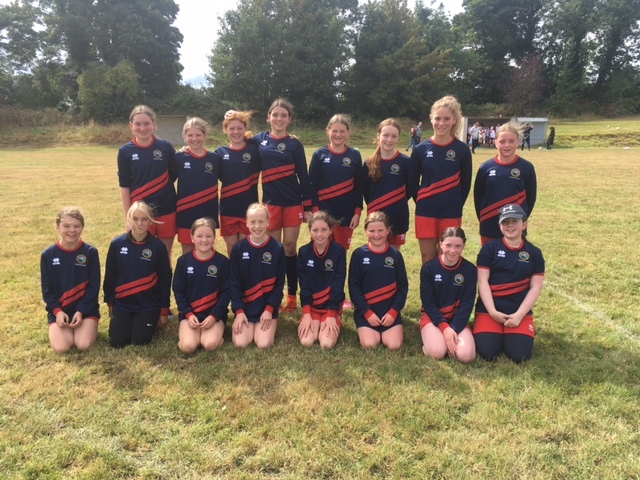 Ballymackey u13 girls started their league campaign with a 5-0 win over Arra. Ballymackey started on the front foot and went close a few times but were denied by some good Arra defending. ballymackey started to move the ball better after that in particular lily Kate Kenneally and Olivia Fitzpatrick which allowed Olivia Looby to find time and space to pick up the ball and run at the Arra defense which she did on three different occasions in a short space of time and finished to the net each time to complete a first half hat trick. Into the second half and Maia batkiewicz came on for her Ballymackey debut. Ballymackey made it 4 when olivia Fitzpatrick played a lovely through ball for Mary Kate Purtill and she finished to the net. Grainne Troy made it 5 to cap an excellent second half performance when she intercepted a goal kick and calmly finished passed the goalie. Aoibhe hassett came very close to a goal only to have her goal bound shot cleared off the line. Panel: Emma o connell, lily o Brien, Anna Fitzgerald, niamh Spain, Abigail Armstrong, molly o Brien, lily Kate Kenneally, Olivia Fitzpatrick, Olivia Looby, Mary kate Purtill, aoibhe hassett, clodagh Murphy, Sophie o Farrell, Maia batkiewicz, Grainne Troy and maddy England.

Ballymackey u13 girls made the trip to Lough Derg in the ...

U16 Girls through to last 16 of National Cup

Ballymackey U16 Girls are through to the last 16 of the N...

Ballymackey u8 girls had a very enjoyable blitz with Shin...

Ballymackey U13 Girls lost 6-0 at home to Knigh United to...

Ballymackey Women had a good home win in the Combined Cou...