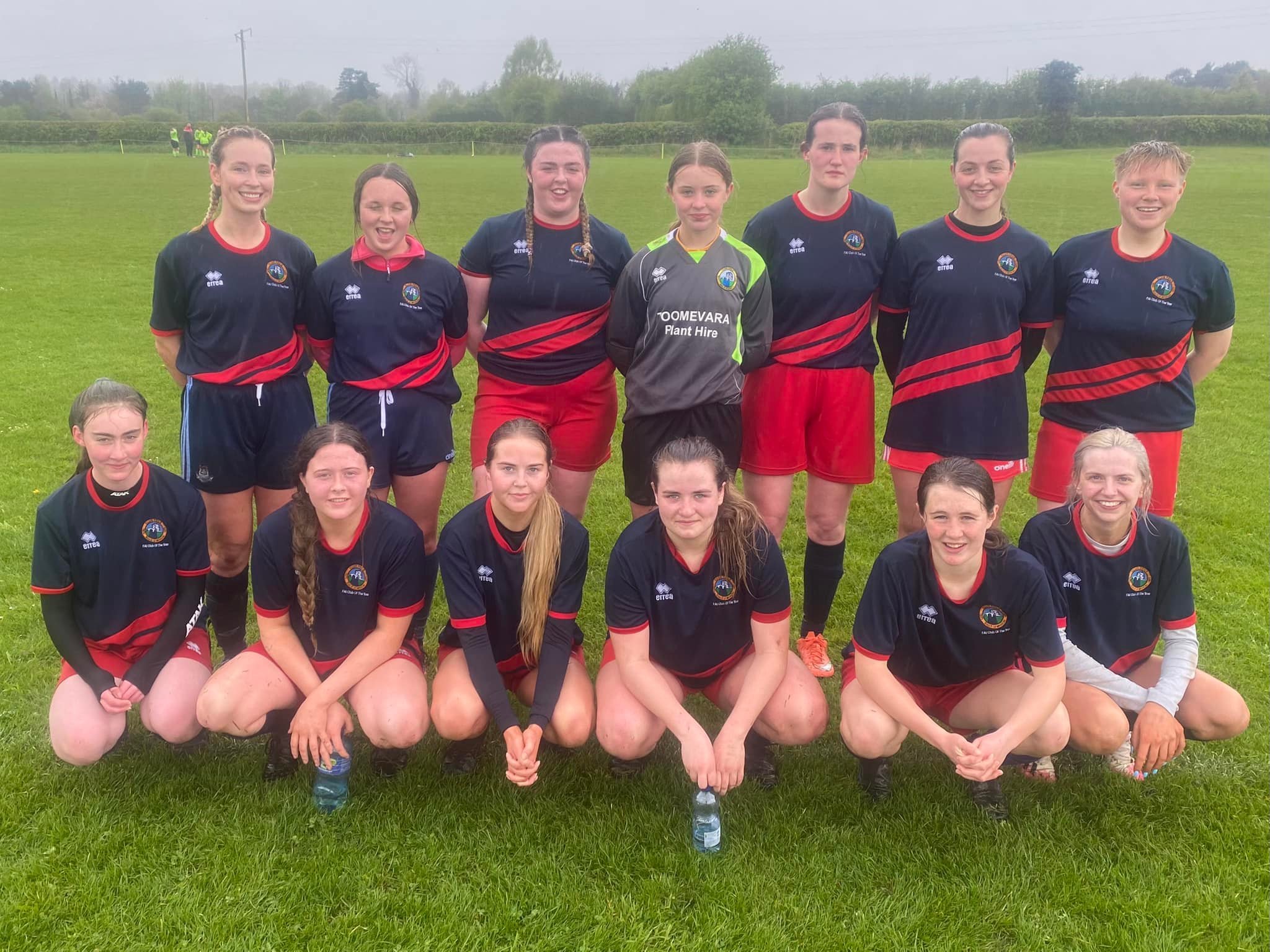 Published: about 2 months ago

Ballymackey Women travelled to Offaly to take on Killeigh Ladies in the Combined Counties Cup Semi Final and secured their place in the Cup Final with a 4-3 win. A flying start by Ballymackey saw them in to an early 2 goal lead. Alanna Morris finished well past the goalkeeper when put in behind the Killeigh defence by a great through ball. Clodagh Daly doubled the lead with an absolute cracking goal, carrying the ball wide down the left the Killeigh defence backed off her allowing her to cut in off the wing to unleash a rocket of a shot that flew into the net off the right hand upright. The home side rallied themselves and started to apply pressure to the Ballymackey defence and Ballymackey had to defend resolutely to preserve their lead. Alanna Morris almost put some more distance between the side just before half time but she saw her effort come back off the post. With the score at 2-0 starting the second half the next goal was going to be crucial and it went the way of the home side with Killeigh getting themselves right back in the match after 5 minutes. Ballymackey again had to soak up some pressure from the home side but gradually got themselves back on the front foot and Clodagh Daly opened the gap back to 2 goals with a super strike. Killeigh again reduced the game to the minimum when they were awarded a penalty they converted. Ballymackey quickly reopened the 2 goal gap with Alanna Morris smashing home a great corner delivery. Killeigh for the 3rd time in the match reduced the deficit to the minimum with time running out but a great last few minutes saw Ballymackey play out the majority of the final moments in the Killeigh half with Allison McDonnell striking the post with a great effort with time just up. A super effort from the girls who showed great character to wrestle back control of the game on several occasions when it looked like the momentum was going again them. Great performances from all 13 players who played on the day, we had stand out displays from Mollie Ryan in goals, Clodagh Daly, Darra Bourke and our player of the match was Zoey Gratton with a warriors display from centre back. Well done also to Leah McLoughney who captained the team for the first time deputising for regular captain Lisa Toohey. The Girls can now look forward to the Cup final next Saturday evening 7pm in Tullamore and the Girls will take on League Champs Willow Park in what will be the first ever appearance in a Final by a Ballymackey Women's Team.