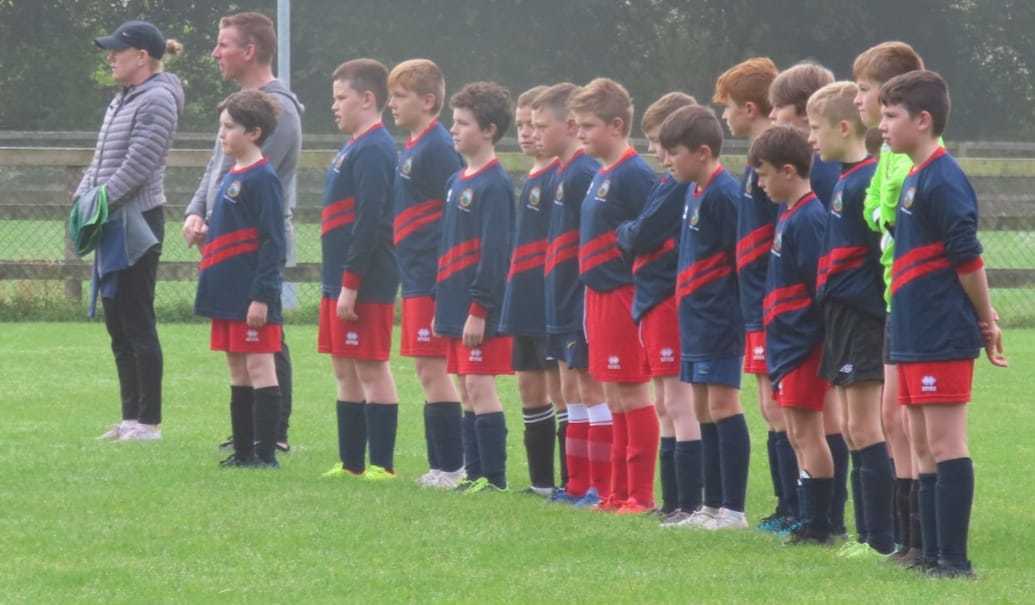 Our U12 boys take a draw! The boys were up against Lough derg over in Clarisford park today in round 2 of the premier league. After only a few minutes we knew we were up against a technically good and organised team in lough derg. That didn't stop us showing them what we had to offer though and after 20 minutes no one there knew who'd win this encounter. Matthew Bergin in goals for us was very busy keeping the ball out in those first 20 minutes. Conall Hartnett, Callum Ryan and James Mounsey were also very busy in defence while KJ Dunne and Colm O'Brien were doing their thing in midfield. James Hanrahan and Myles Kelly Baumeistars were getting stuck in too. After about 25 minutes we struck gold in what was a bullet from the boot of James Ryan who has been getting better and better in the last couple of weeks. Half time came and went and we fought hard to hold our lead in the second period with Evan Grace Liam Kennedy and Neil Merchant fighting hard. Donnacha Kelly and Daithi Kennedy were making really hard for the opposition to break through, both lads having solid games. Matthew was still making great saves and it looked like we'd hold on but Lough derg never quit and they got a much deserved equaliser late in the game. We still tried hard for the winner with Dara Wyles who put in a huge effort all day just coming short in getting the ball to the net. All in all this was a very evenly matched contest and a draw was fair on both teams. TP O'Sullivan was today's ref and he couldn't have been fairer. Well done to all the boys!