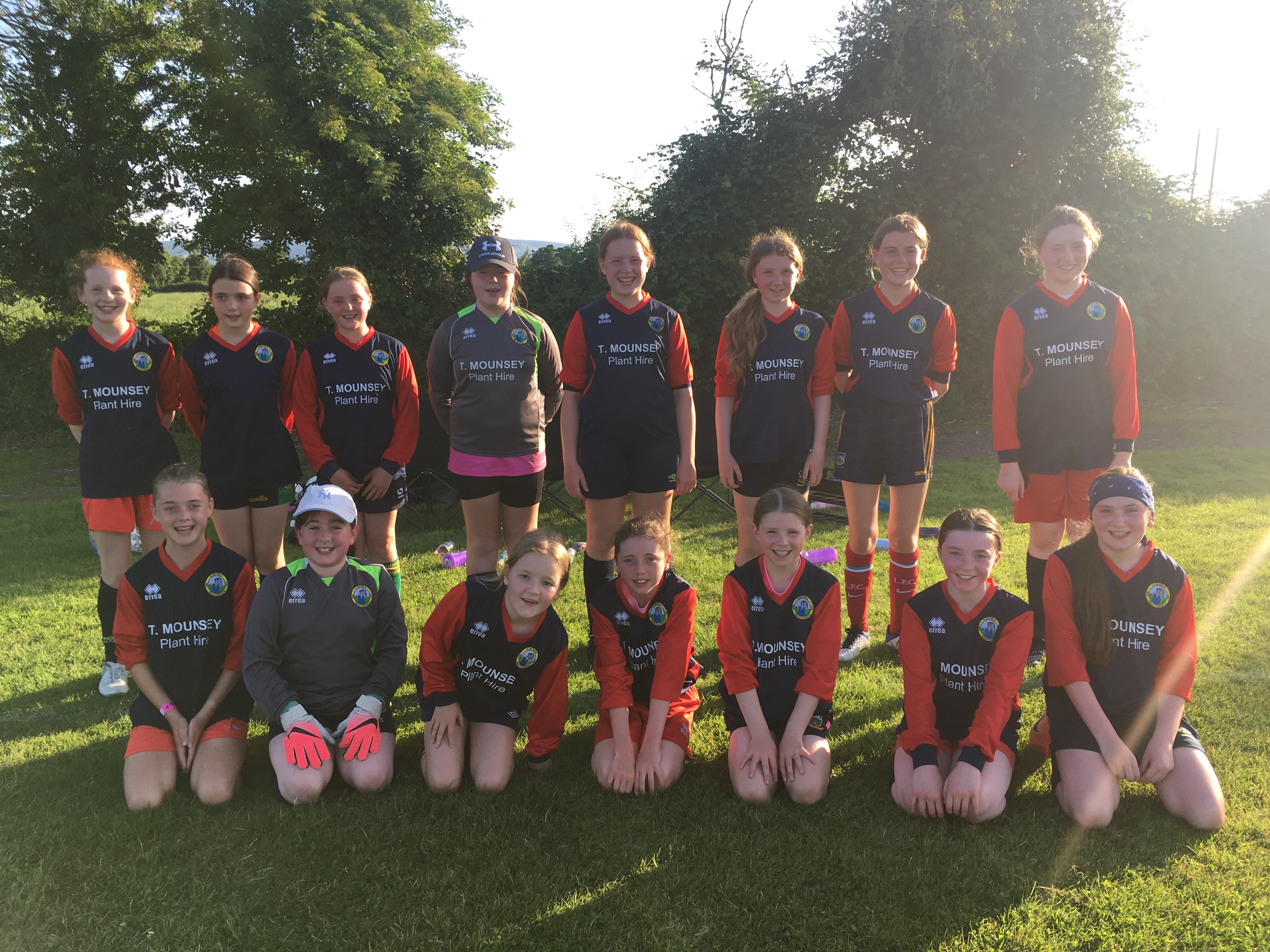 Published: about 1 year ago

Ballymackey u12A girls team finished their summer super cup campaign in glorious sunshine against lough derg this evening, ballymackey started brightly and took the lead after two minutes through Mioda o Shea, soon after it was two nil through an unfortunate own goal, lough derg came back into it and forced several corners which were well defended by Anna Fitzgerald and Allanah o Dwyer, molly Shelly in goals also had to alert on a few occasions to twart lough derg attacks. it was from a lough derg corner that ballymackey made it three nil with a superb solo effort from Mioda o Shea. just before half time it was 4-0 when a loose ball in the box was finished by grace kilgannon. in the second half lough derg came back into it and Lisa Fitzgerald who was excellent throughout in the centre of efense defended resolutely along with Abigail Armstrong and niamh Spain. Emma o connell in goals was called into action on a few occasions to mop up lough derg attacks. At the other end Aoibhin Delaney, aoibhe hassett and lily Kate Kenneally went close to extending ballymackeya lead only to be denied by superb goalkeeping from the lough derg goalie. Mary Kate Purtill toiled away on the right of midfield and Niamh Kennedy kept driving forward from centre of midfield and from one of those runs Grainne Troy picked up the ball and struck home from the edge of the box for ballymackeys fifth goal. Lough derg never gave up and were unlucky not to pull a goal back.

Well done to Clodagh Daly and Mollie Ryan who have both b...