U14 Boys through to Shield Final 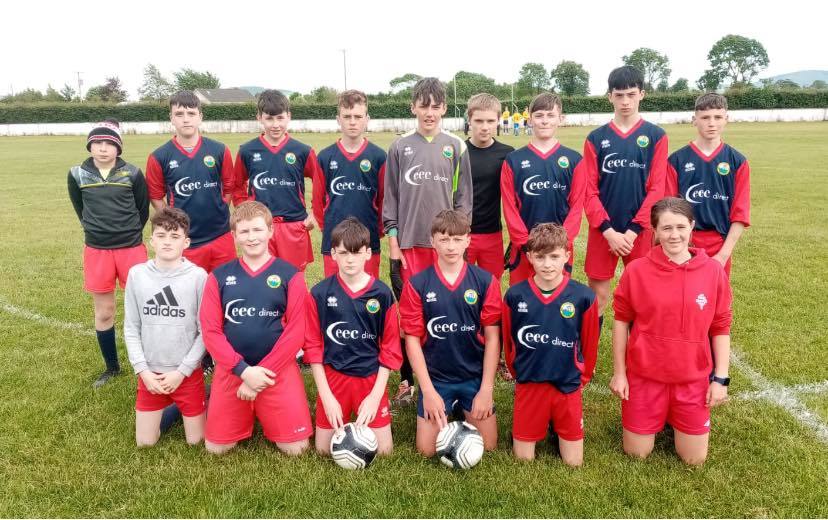 Our 14 boy's had a good win in the shield semi-final against Lough Derg B. Alex Ryan opened the scoring followed by a quick second goal from Adam O Brien. Alex Ryan got a second and Evan Doyle scored as half time struck Ballymackey 4 Lough Derg 0. Ballymackey made a few changes at half time and Clodagh Daly struck for the fifth goal shortly after Ballymackey score again as Eoghan Doughan got his first followed by Ryan Moloney and Eoghan Doughan struck for his second of the match. Darragh Hayes came out of goals and with minutes to go finished nicely to the bottom of the net to make it Ballymackey 9 Lough Derg 0. A great display in the back line from Jack Kenneally, Donnacha, Fergal, Evan and Jack Quinlisk. In the middle of the field Clodagh, Ryan, Austin, Alex and Jack Carroll.Up front Eoghan, Adam, Daniel, Martin and Darragh. Man of the match had to go to Ryan Moloney who was outstanding throughout the match. We will play Nenagh AFC in the final, next Saturday in Ardcroney with kick off at 10 o clock.