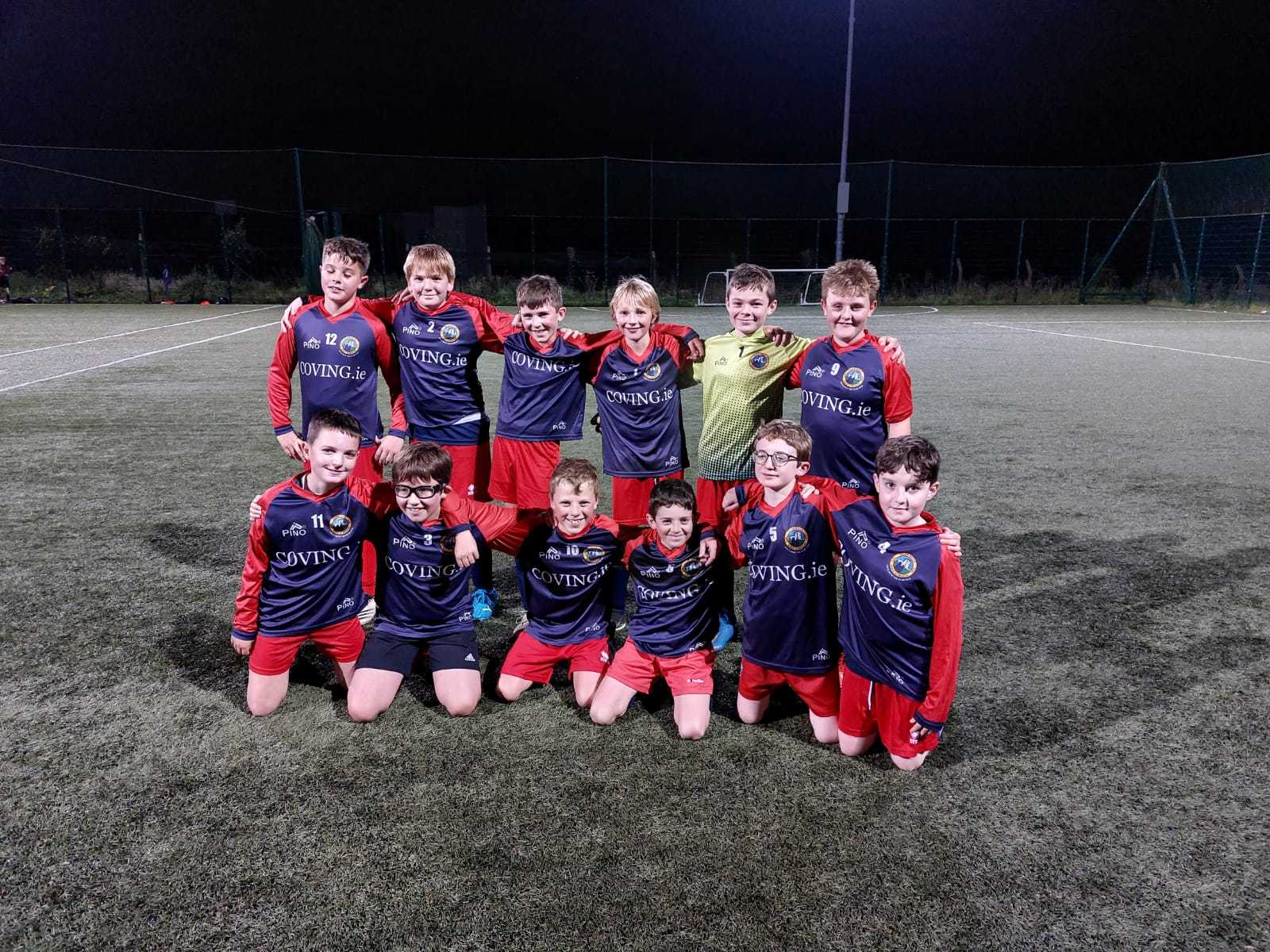 Published: about 2 months ago

Ballymackey U12 Boys played a very competitive game away to Borrisokane in Division 1. It was an end to end game from start to finish with defences on both teams holding strong throughout. Borrisokane started strong putting Ballymackey under pressure but Scot Powell in the center of defence held strong to break down attacks while Thomas Tierney took control of any balls over the top from the goals. Ballymackey built their way into the game early in the first half started to move the ball around well. Kian Kennedy up front held up the ball very well to allow midfielders press forward and get the better of the chances for the reminder of the first half. Ben Delaney and Liam Kennedy worked tirelessly to press the Borrisokane players turning over the ball in Ballymackey's favour a number of times. Oliver Duff and Dan Daly smartly worked the best of the first half chances from a short corner, when Dan's shot went narrowly wide with the keeper scrambling to cover his post. Borrisokane started the 2nd half strongly again, and put Ballymackey under pressure forcing saves from Aidan O'Gorman in the goals. Myles Kelly Baumeistars and Jack Gillmartin stood up tall began to clear every ball and allow Ballymackey back into the game. Jack Gillmartin and Sean McCarthy continued to break down Borrisokane attacks tirelessly working and chasing. All three defenders started to find time on the ball and Ballymackey worked forward from defence with Paul Williams always providing an outlet by running the ball into the Borrisokane half and turning defence into attack. Ballymackey were on top form here on and managed to create numerous chances with Sean McCarthy Thomas Tierney unlucky not to get on the score sheet. Ballymackey broke the deadlock with 8 minutes left when another Ballymackey attack broke down and was cleared but the ball fell to Oliver Duff who spotted the goalkeeper off his line and struck a goal of the season contender over the keepers head from about the half way line. Borrisokane pressed to get a equaliser but the Ballymackey defence held strong and the better chances fell to Ballymackey on the counter attacks. Ballymackey held on to secure a well deserved win. Well done to both teams on what was a very entertaining game. The final score Borrisokane 0 - 1 Ballymackey