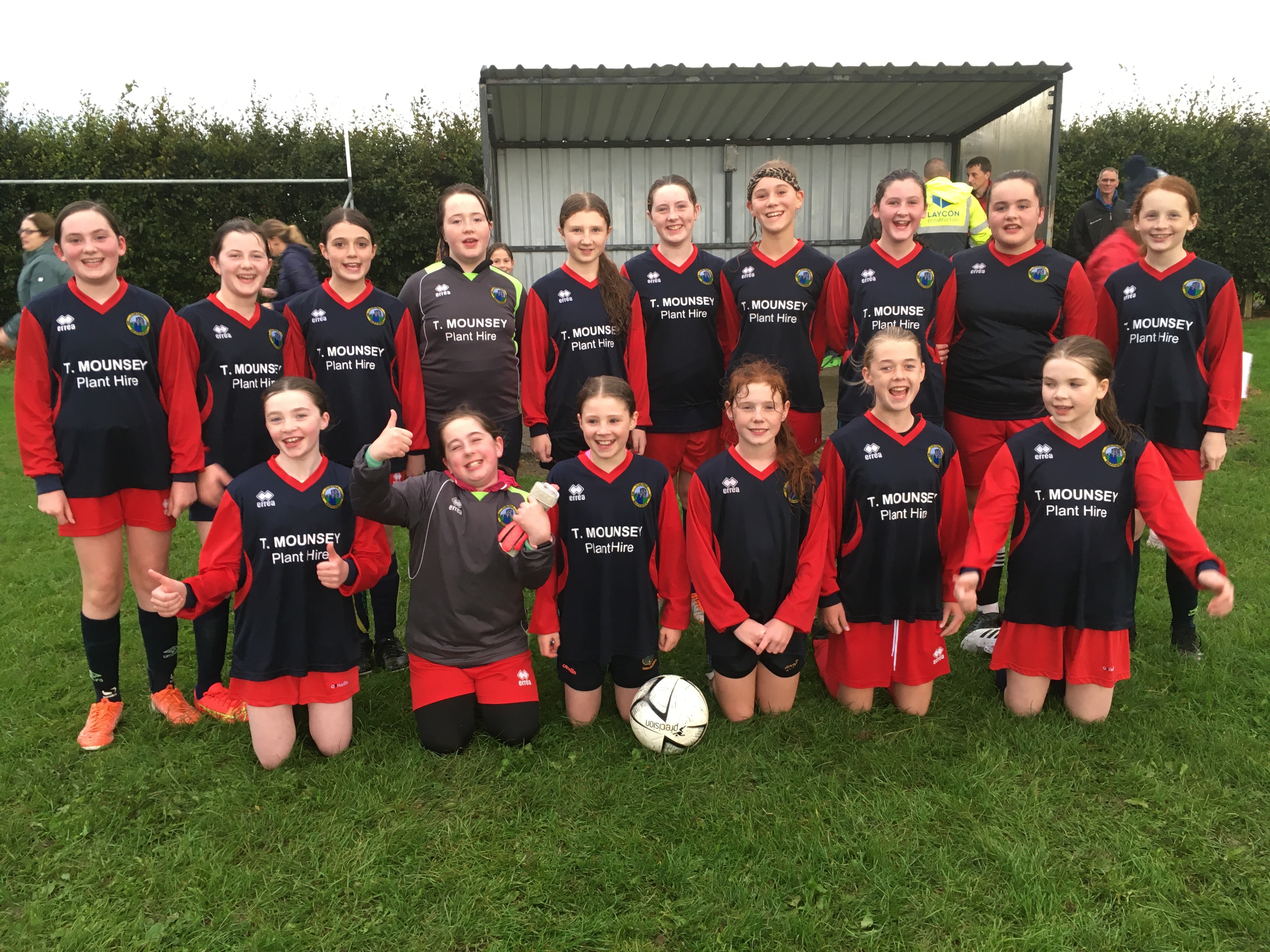 Ballymackey u13 girls started their league campaign with a win against Knigh last night. Played in atrocious conditions credit to both teams for serving up some entertaining football. Ballymackey took the lead earlier on through Charlotte Deegan and never looked back further goals followed in the first half through Mioda o shea and Aoibhin Delaney. In the second half Knigh tryed to get back into it but some resolute defending from the defense in particular Lisa Fitzgerald and Isabel manicle who was making her debut for the club kept the clean sheet intact. Further goals followed in the second half from Mioda o Shea, Olivia Looby, Jane hall and clodagh Kennedy. Knigh to their credit kept battling to the very end. Panel molly Shelly, Isabel manicle, niamh Spain, Lisa Fitzgerald, Abigail Armstrong, aoibhin Delaney, Olivia fitzpatrick, clodagh kennedy, Olivia Looby, Mioda o Shea, Charlotte Deegan, Emma o connell, Anna Fitzgerald, lily Kate Kenneally, Allanah o Dwyer and Jane hall.