U12 Boys away to Lough Derg match report 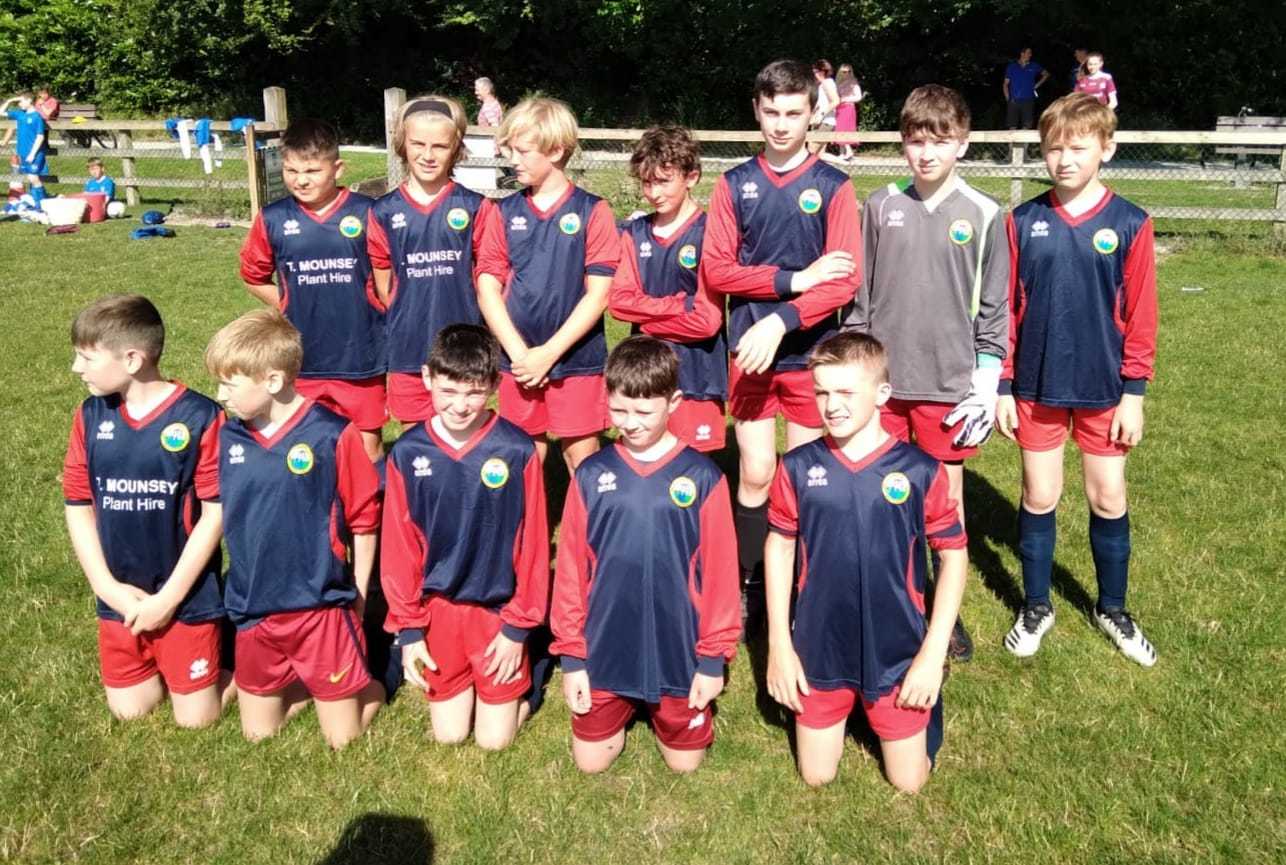 Ballymackey Under 12 Boys team were away to Lough Derg A today. Despite a strong performance in the sweltering conditions, Lough Derg proved too strong on the day.

The boys started brightly taking the game to the hosts. The back 3 were coping well with early raids from Lough Derg and following a great clearance by Ben Wallace, Patryk Tuszynski put Adam Whyte through on goal. Adam remained calm, rounding the advancing goalkeeper to roll the ball to the net.

Lough Derg came and despite a string of corners and valiant defending, they made the breakthrough after 20 minutes. Just before the break, an unfortunate ricochet in the box set up the centre forward to put Lough Derg ahead.

Despite the shock of the late goal in the first half, the boys streamed forward in the second half and after 10 minutes, a great shot from Patryk Tuszynski came crashing off the cross bar. From the subsequent corner, Lough Derg broke out of defence and after a great move, they broke through a made it 3-1.

The boys were feeling the strain of the great effort at this stage and pushing forward to get back into the game, were caught for two breakaway goals in the last three minutes.

Overall a great performance with a 5-1 defeat not reflecting the efforts of the boys. Lough Derg showed clinical finishing when opportunities presented, and this was one of the main learnings to be taken from the game as the boys move onto U13 next season.

Thanks to Lough Derg and Donal Hammond for their hospitality and Jimmy McCarthy for a great job on the whistle. To all the parents, thanks for your ongoing support.

Ballymackey u12 girls qualified for the cup final with a ...

Ballymackey u6 to u9 girls had their final training for t...

6-1 Semi Final win for Ballymackey Women away to Kinnegad...

Ballymackey Women are through to their first ever Final a...