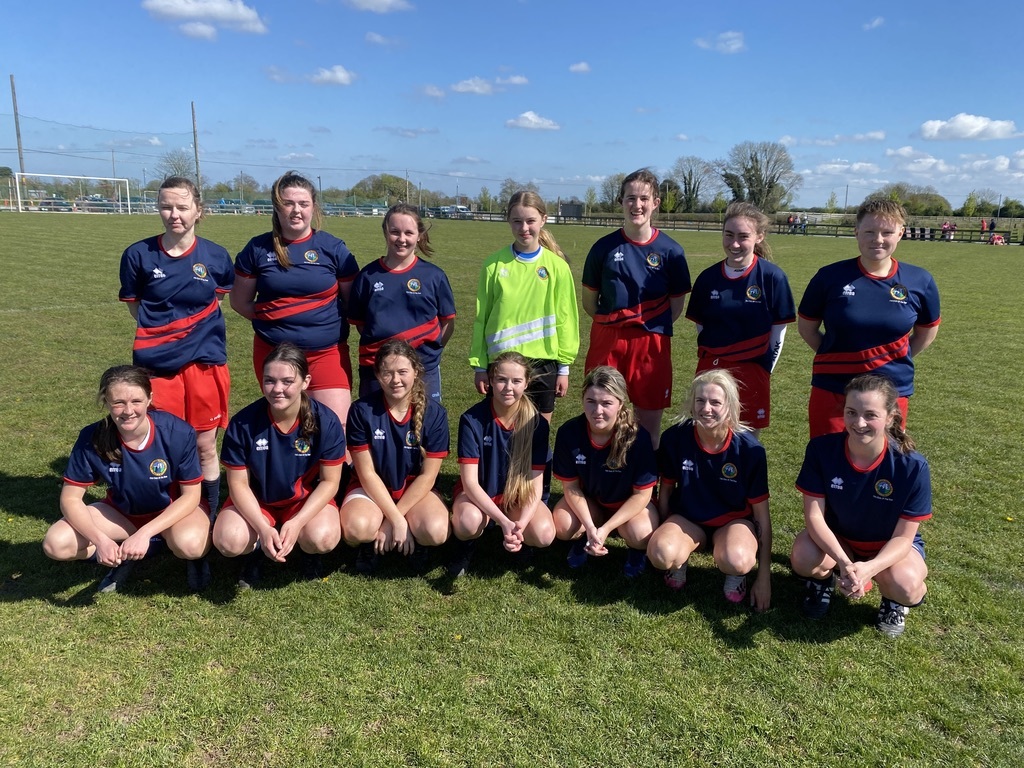 Ballymackey Women are through to their first ever Final after they overcame Kinnegad Juniors 6-1 away in the Combined Counties Women's Shield Semi Final. The finishing scoreline probably flatters Ballymackey who were made to work very hard for their win. Indeed Kinnegad scored straight from the kickoff to give Ballymackey quite a hurdle to overcome. Allison McDonnell got Ballymackey back level at the midpoint of the half reacting quickly as the home keeper couldn't handle a rasping Clodagh Daly free kick. Allison then turned provider with a fantastic cross from the right that Clodagh Daly finished well to the net. Just before the break Chloe McAuliffe took a thumping shot from 35 yards that gave the Kinnegad netminder no chance and gave Ballymackey a 2 goal half time lead. Ballymackey were able to bring fresh legs off the bench and Niamh O Brien returning from injury wasted no time getting back into it, bursting through the Kinnegad Defence to finish deftly past the goalie in a one on one. Fellow sub Chelsea White was causing problems for the home sides defence combining well with Hazel Cawley and she worked herself some space in the box to score Ballymackey's 5th. Kinnegad were taking the game to Ballymackey in the second half but the Ballymackey back 4 of Leah McLoughney, Zoey Gratton, Chloe McAuliffe and Nicole Ryan worked tremendously hard to deny Kinnegad any clear cut chances. Mollie Ryan's super distribution from goal kicks in the second half into the wind was also a big factor in denying the home side any opportunity to squeeze Ballymackey in their own half. With time just up a handball in the box presented Ballymackey with a penalty that Clodagh Daly converted for her second to make it a 6-1 match.

Great effort by all 14 players who can look forward to Ballymackey Women's first day out in a final. We had stand out displays from Darra Bourke, Hazel Cawley, Allison McDonnell and our player of the Match Leah McLoughney. Thanks to Kinnegad Juniors who were great hosts, looking after us very well providing after match refreshments for us, we look forward to crossing paths with them in the future 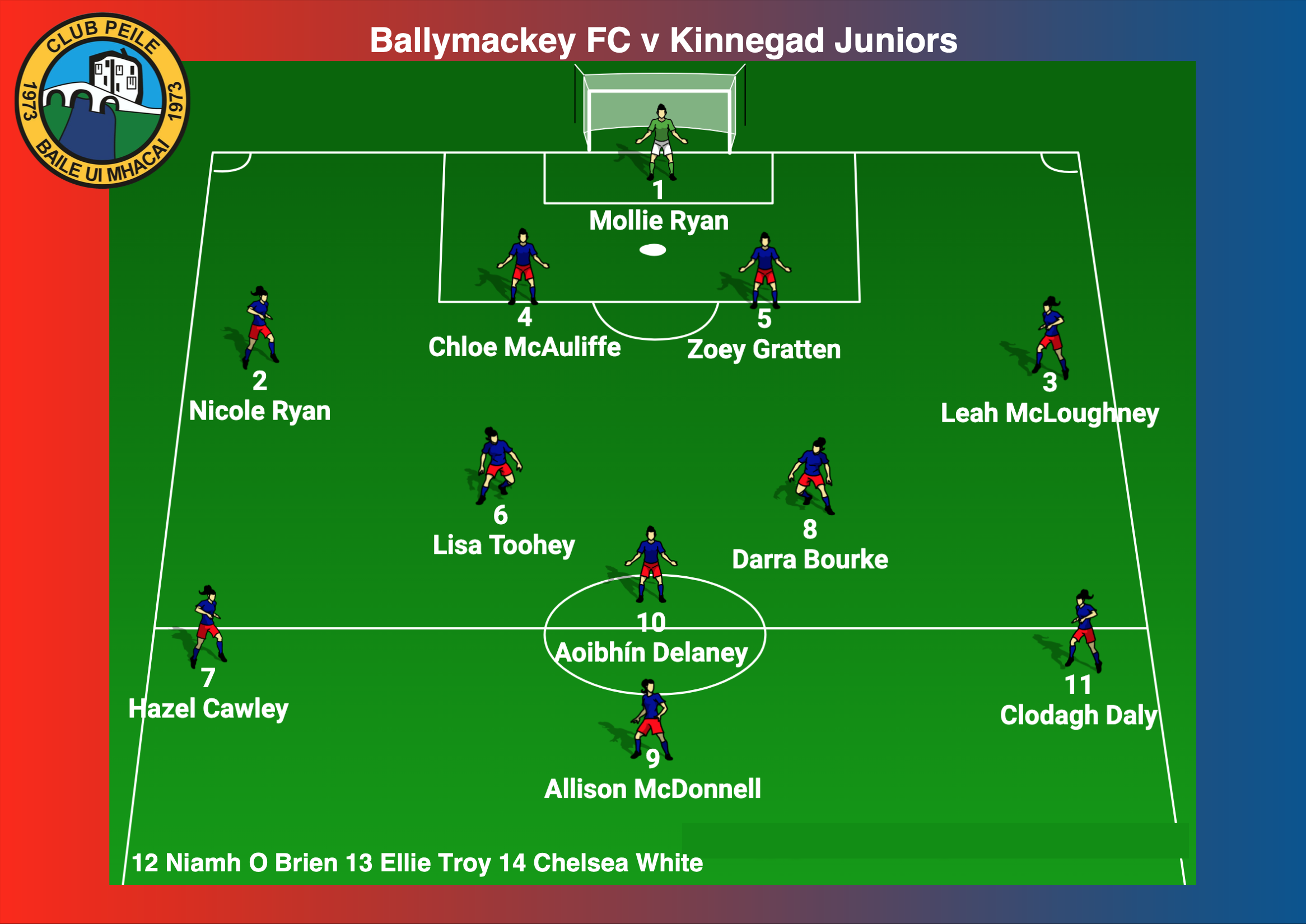