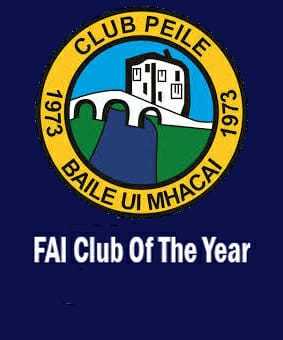 U13 shield versus Arra. Our U13's went down 1-0 to Arra rovers in Ballinree this morning. The weather conditions for this one was perfect. We had a strong team out today and tried to capitalise on it by pushing hard from the kick off. This was working very well as we had Arra on the back foot for 15 minutes, the only problem being was that we couldn't see the ball through to the net! They attacked rarely enough in that opening period but when they did our solid back line dealt with it. However we did concede a free kick outside the box after 16 minutes and Arra converted leaving us 1 down. We played as hard as we could to try for the equaliser but the first half ended 1-0. We pushed up as much as possible in the second half looking for the goal we richly deserved. It was a very frustrating second half for us as we tried so hard for that goal. However credit is due to Arra as they defending very well. It's not often where almost all of your team plays very well and you lose but that's what happened today. If we had that goal then maybe more would have followed! Credit also to the referee today for letting the game flow. Our team was Culann Hassett in goals, Darragh Hartnett, Adam White, Michael Ryan, Ben Deegan, Kieran Brennan, Cody Quirke, Ryan Moloney, Cormac Frend, Max Swan, Patrick O 'Brien, Patrick Flaherty, Darragh Kelly and Jack Fitzpatrick.